I’ve mentioned updating Harbinger and Augury a couple of times over the last weeks/months. The reasons for doing so are numerous and varied, but primarily, it’s a twofold issue:

Harbinger cannot be considered part of the romance genre (even though it has very strong romantic elements) because, well, it does not end in an emotionally satisfying way. I’m sorry for that. It sucks. But, damn it, it’s how the story unfolds and to change that would be unauthentic. The worst part is that Harbinger’s tragic ending (combined with the crummy writing) seems to keep people from continuing on to Augury–which is a tragedy in and of itself.

Augury is quite possibly the most favorite thing I’ve ever written. It deserves to shine.

So, starting today, I’m enacting a plan to let it do just that. The plan has six steps:

*Immortals Duology is my current working title for the revamped series. It might stick, it might change. You all will be the first to know, either way.

So why am I telling you all of this?

Primarily because I want you to know that if you own the Harbinger and/or Augury e-books, your copies will be unaffected when I remove them from e-bookstores. You’ll still own the copies you already have–they won’t disappear from your library or your ereaders, so have no fear.  When I get ready to release the updated versions, later this year, I will give an update on how to get a copy without having to buy them again if you own the originals. 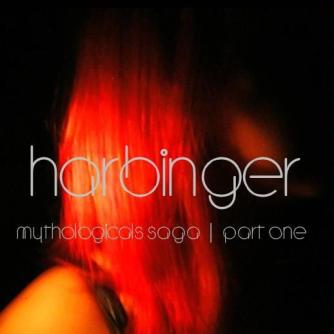 Yeesh. Drake’s family dynamic is less than idyllic, clearly. 😅 I didn’t plan it that way; it revealed itself to me over the course of writing the series. This was the first big clue I got while writing. They love each other, they’re just a little dysfunctional. It’s part of why Drake is a pretty closed off dude—until he meets Leah, of course. And even then, he only really opens up to her.
We’re in the process of selling our condo and it has me all nostalgic and sh*t. It was the first place the hubby and I bought together and while now is definitely the right time to pass it along to another young family, it’s bittersweet nonetheless. I spent about a year unemployed while we lived there (hello economy crash of the early 2000’s!) and during that time I finished writing 1 book, wrote 4 more, and began writing a 5th. I also self-published my first novel—the one that put me on the Amazon bestseller list (and the first in the series I’m re-releasing later this month, SHIFT!)—in this room. If that isn’t proof that life is made up of cycles within cycles, I don’t know what is.
I'M SO STOKED TO SHARE THESE COVERS!!
There are great things just over this hill. That goes for everything—not just hiking. But also hiking. 🥾
FINALLY got my paperbacks for The Medium’s Possession, and I just gotta say I’m real happy with how they turned out. Just look at those spines side-by-side! Thanks to @melorafrancois for your cover formatting expertise and to @wickeddreamspublishing for your interior formatting magic! It takes an army, friends.
Just a peek! 👀
Loading Comments...
Comment
×
%d bloggers like this: