Last week was the first installment of my Your Questions Answered series where I try my best to give answers to the various questions you submitted a couple of weeks back. This week we continue with the fun!  And this week, one my answers you won’t find anywhere but right here on ellebeauregard.com! So read on, faithful reader, and let me know what you think in the comments!

Q.3: (Exclusive to the blog!) Being a linked pair… are they born for each other? Is it like soulmates? Why is it so rare to be linked?

A.3:  This is a great question–and one I’ve been hoping someone would ask!  There’s two questions here, really, so I’ll address them in turn:

A linked pair weren’t made for one another–but their connection makes it seem that way. Having access to the other’s emotions/presence/wellbeing, and having those things tied to your own wellbeing–and vice-versa–means that, as a couple, they are truly committed to the other’s success, happiness, health, etc.   It’s always been clear to me that there is a sort of magic (if you can call it that) that contributes to the linking phenomenon–the same magic that seems to exist between two people who share a spark or connection in the real world–but there is also a lot of luck and happenstance. Leah and Drake are linked–they also happen to love one another, and would have fallen in love, even if the linking thing hadn’t sped up the process. (Leah acknowledges this in Recast; though it’s easy to assume she’s being seventeen-year-old-dramatic, she also happens to be right; Drake later acknowledges it in Stand.) But being linked doesn’t necessarily mean that you’d have fallen in love otherwise–it just worked out that way for them, which is part of why they are so dynamic as a couple.

There have been very few linked pairs throughout all of shifter history–but there used to be more than there are today. That’s because, long ago, there was a greater number of complete shifters. Complete shifters being the most concentrated expression of the shifter trait, it makes sense that their numbers would dwindle. To put it in genetic terms, if being a shifter is a recessive trait (as is explained in Shift) then being a complete shifter is like the super-mega-recessive version of that.  It’s a multi-gene expression trait, so adding one drop of non-shifter material to that gene pool is likely to create  non-complete shifter offspring* (see Collin, for example, as explained in Recast.)  So, is the linking phenomenon an indirect way for the shifter trait to ensure its survival?  Possibly. I think that’s a side effect of it that perpetuates its existence–assuming the linked pair has offspring–but that’s not the purpose. This is where the happenstance comes in again: two complete shifters happen to be linked because of the way their gifts interact–in other words, coincidence.

**There’s more mythology behind this, actually, but it’s too much to put here. Suffice it to say, Leah always assumes that Drake and the Kings are the most powerful shifters because they can shift into animals and humans, but that isn’t really true–there’s room for two families on that pedestal. 🙂

Q.4: I’ve always wondered why Arizona? I mean I live here so I’m totally a fan of it but it’s always had me curious. 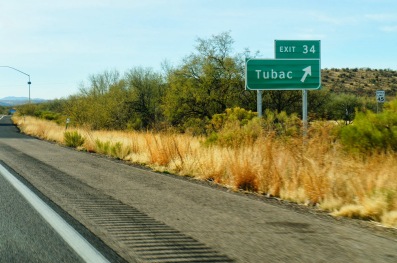 One of my fave pics from my trip to Tubac

A.4: Ah, yes. Why Arizona?  The short answer is Cecelia.  She is the reason, but let me explain: When I started writing Shift, I knew Leah’s aunt was eccentric, and she lived in the desert, but I didn’t know specifically where that desert was. So I went to the library and the interwebs in search of the right place with the following criteria in mind:

Turned out Southern Arizona was most likely to have the level of heat I was looking for; there’s also a little color-changing lizard that’s native to the area, as well as a toad.  So I took to the maps in search of the right rural town, and BAM! There was Tubac.  Then when I found out it’s now widely regarded as an artists’ colony, it was just too good to be true.  So to Tubac Leah went!

Years later, when I visited Tubac, it was alarming the degree to which it was right. There is nowhere else Cecelia, Samantha, Harris, and Drake could have lived. As silly as it sounds, I sort of believe I found Tubac for that book because I was supposed to. Shift and Tubac were made for one another.

Damn, writing this is making me want to go back.

Next week, I’ll answer the last two questions, so be sure to check back in!  ‘Til next week!

*Goes to Expedia to check flights to Tubac*

And don’t forget: Linking: A Shift Series Short Story is currently available for pre-order on Amazon,Barnes and Noble, Kobo, and the Apple iBookstore

2 thoughts on “Your Questions Answered, part 2” 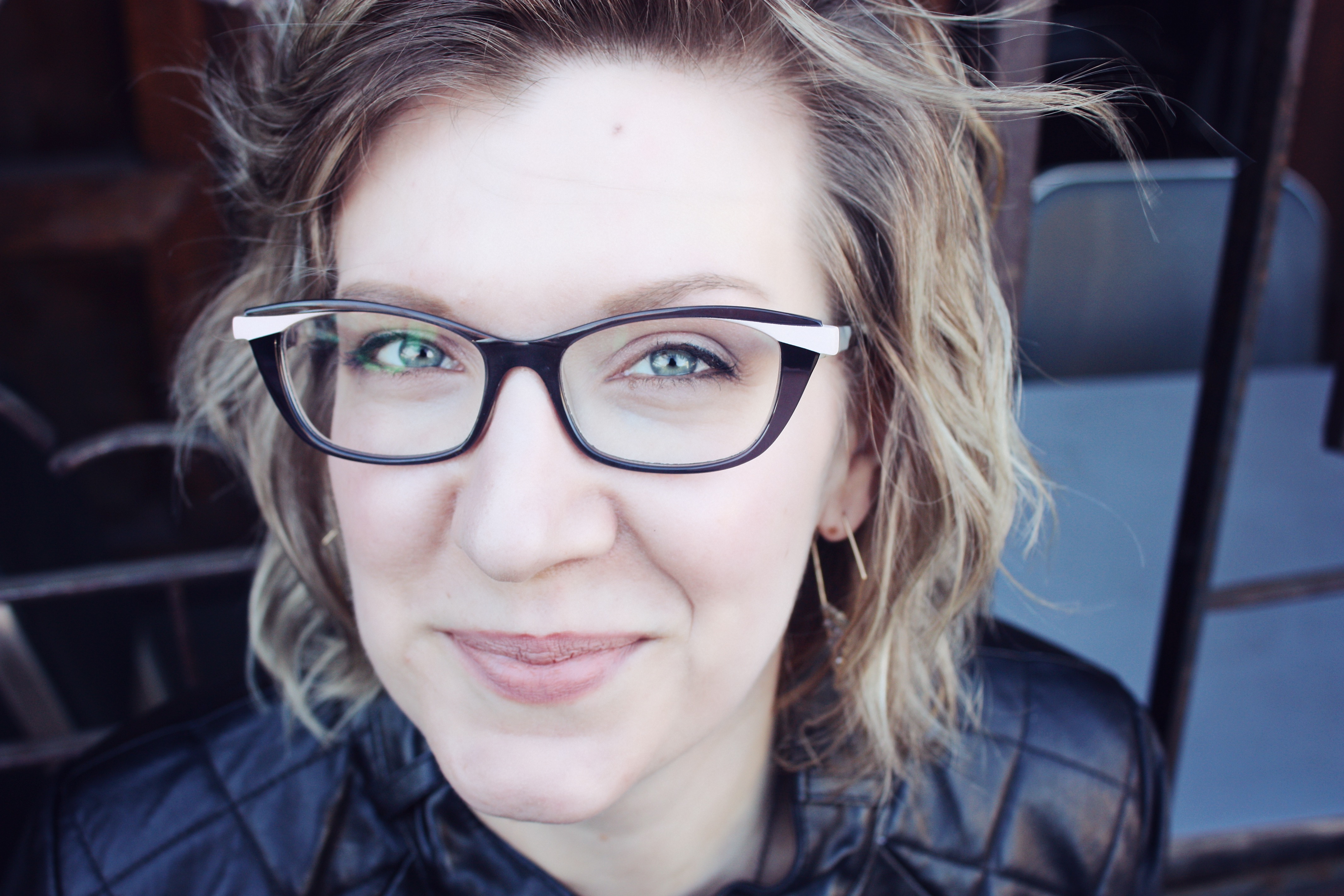 This is my next read and I can't wait to dive in! What is currently the top of your TBR? Extra credit if you post a pic with your comment! ─────⤜☾⤛————— #contemporaryfantasy #fantasybooks #fantasybook #feministbooks #whattoread #bookrecommendation #igreaders #fortheloveofbooks #readingcommunity #romancereadersofinstagram #booksaremagic
Today is a good day to stop, for even just a moment, and breathe in everything that's going right. To meditate on the beauty within the chaos around you. ⠀⠀⠀⠀⠀⠀⠀⠀⠀ I’ve been struggling with some (pretty dramatic) anxiety lately. A friend reminded me that a lot has changed for me in a very short time. And while they’re all changes for the better, I still need time to adjust. Plus we’re still in the middle (end?) of our remodel. So while the last few days (weeks?) have been tougher than I’d like, I know I’m SO much healthier than I was this time last year. I just gotta remember to slow down and give myself room/time to breathe and adjust instead of expecting to be an immediate rockstar at everything all the time. Because that’s a reasonable expectation at any point, right? 💁‍♀️🤦‍♀️ ─────⤜☾⤛—————- #selfcompassion #selfcompassionjourney #selflovefirst #selfcareisnotselfish #giveyourselfgrace #selfkindness #selflovefirstlove #trustyourintuition #manifesting #universehasyourback #allkindsofmagic
Letting the kids get in on the renovation action! Each kiddo got to pick their accent paint color in their room. K picked a vibrant pink, naturally. ─────⤜☾⤛————— #momlife #thatmomlife #messy_motherhood #mamahoodinsquares #simplymamahood #clovessyndrome #medicalmom #homerenovationlife #fromhousetohome
Christmas decorations are being put away and I'm slowly reclaiming my house back from both renovation and the holidays. I love Christmas and the whole holiday season, but I'm always relieved to return the house to normal, too. This year the return to normal is a slower, more gradual process since we're wrapping up a five-month-long renovation at the same time. What you can't see behind me is the dining table full of paint supplies and the unfinished stairway (that's brand new as part of the addition!) But the kiddos love looking at the stockings, and they have their rooms back (after four months of sleeping in the playroom/TV room) so, all in all, everything is good. ─────⤜☾⤛───── #homerenovationlife #fromhousetohome #realhomesofinstagram #doerupper #thatmomlife #mommylifestyle #thatmomlife #messy_motherhood #simplymamahood
I fucking love it when they make my latte pretty. I will always snap a pic, I can't help it. ─────⤜☾⤛————— Here's a coffee-loving quote from my latest WIP to celebrate: ⠀⠀⠀⠀⠀⠀⠀⠀⠀ "Would you want to get coffee tomorrow morning?" Zander turned back around to find Callum looking at her expectantly. "I saw the coffee cups in your trash can as I was leaving last night," he added. "Figured maybe you'd wanna try a new place?" "You were riffling through my trash?" she teased. His blue eyes narrowed, and his smile turned sarcastic in response. "Your trashcan was by the front door." Oh. Right. She'd meant to take that out this morning. Not that she was going to let him off that easy. He was fun to tease. "Yeah, uh huh," she responded with good-natured ribbing. Then she grinned. "You nailed my coffee habit. And I'm always down to try a new spot. Especially a local joint." "Totally local," Callum confirmed. “They roast their own beans and everything.” She could drool he was so sexy, standing there talking about local craft coffee roasters. "Say, ten o'clock, then?" "Perfect," Callum agreed. "Text me your number and I’ll text you back the name. Deal? It's walking distance from your place." Very smooth. "Yeah, okay. That works.” Zander walked away after another set of see-you-laters with a grin on her face and her heart in her throat. She needed to reign it in. She was twenty-six, not sixteen. ─────⤜☾⤛————— #latte #toppot #coffeeislife #coffee #liquidlife #pickmeup #coffeeshop #coffeeandseasons #cupoftheday #coffeedesigns #contemporaryfantasy #fantasybooks #fantasybook #feministbooks #romancereaders #fortheloveofbooks #booksaremagic #readingcommunity
This week's tarot: VII of Swords Justice IV of Cups, reversed So, basically, I need to stop comparing myself to others and appreciate what I already have. If instead, I fabricate (outward or inward) to make myself feel better or inflate my sense of self, karma will come calling and it's gonna be a real bitch. Got it. Thanks for the head's up, universe. ─────⤜☾⤛————— #trustyourintuition #manifesting #universehasyourback #allkindsofmagic #magickal #weeklytarot #selfcompassion #selfcompassionjourney #selflovefirst #selfcareisnotselfish #giveyourselfgrace #selfkindness #selflovefirstlove
%d bloggers like this: